Our Mission is to build on the past, while looking towards the future, and provide a Christian community for worship and fellowship that extends to others in joy, witness, and outreach.

We are Saint Matthew’s Parish 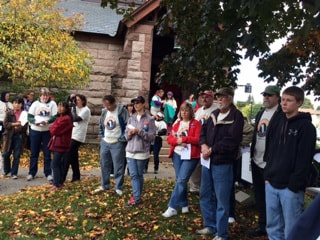 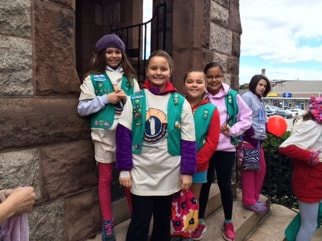 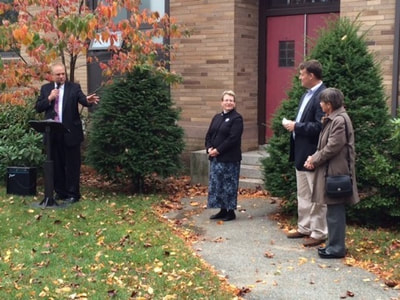 We welcome you to learn more “About Us” on this website and to visit us some Sunday morning.  Please contact us at 508.755.4433 if you have any questions or if we can be of any help to you.

Our Mission is to build on the past, while looking towards the future, and provide a Christian community for worship and fellowship that extends to others in joy, witness, and outreach. 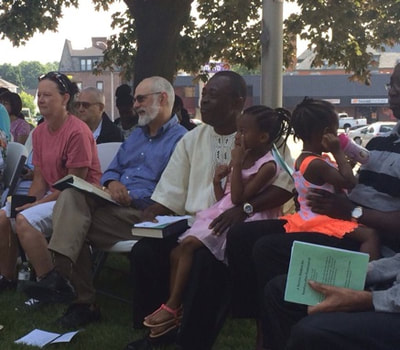 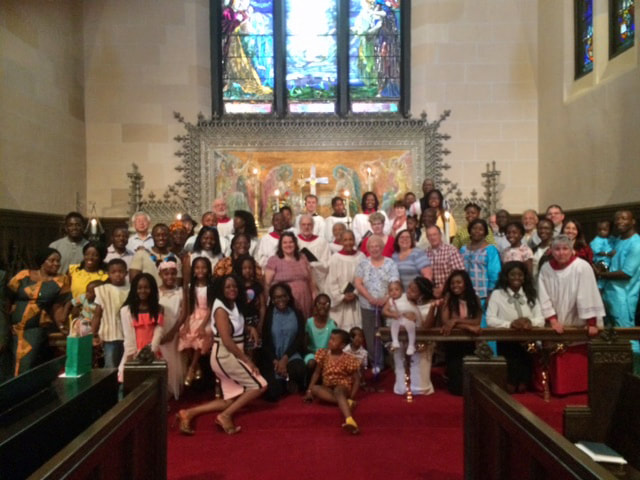 St. Matthew’s was founded by English immigrants in 1871 as a mission chapel of All Saints Church.  Since that time, St. Matthew’s has served the neighborhood of South Worcester on the corner of Cambridge and Southbridge Streets.  During the past twenty years, our Parish Family has grown to include immigrants from Liberia, Ghana, the Sudan and other countries.  St. Matthew’s shares the hopes and dreams of its neighbors,  and it has been a center for spiritual growth, inspiration, and support for more than five generations.
​
Serving the community, the Parish Hall is busy every day and evenings, offering space for twelve-step groups, deaf senior group and organizations. The church is actively involved in outreach, responding to needs both near and far.  We collect weekly food donations for the South Worcester Neighborhood Center Food Pantry in addition to  school backpacks, Christmas gifts, winter jackets,  and hand-knitted hats and mittens.  Also locally we support Laundry Love, Marie’s Mission, and the homeless youth at South High Community School.  Beginning in September 2019 we will serve a community dinner with entertainment on the fourth Sunday of every month.  We participate every year in the shoebox collections for Samaritan’s Purse and we support Episcopal Relief and Development in times of crisis. Our youth group walks every year in the CROP walk and participates in the 30-Hour Famine, both efforts to end hunger.

​Members of St. Matthew’s participate in a variety of ministries:  The Women of St. Matthew’s and the Men’s Group, “Sconeheads” Book Group, the Green Team, Crocheting and Knitting Ministry, Prayer Shawl Ministry,  Adult Choir, Bible Study, and liturgical ministries.    Church School meets on Sunday mornings at 9:45 and children join in the worship service at communion.  Our Youth Group of middle and high school students meets monthly. The “Thursday Night Crew” meets weekly to work on maintenance projects on our buildings.  Our Annual Winter Wonderland Church Fair has become not only a great source of revenue but also a time for fellowship for the parish and for the neighborhood.

For almost 150 years, St. Matthew's has cultivated its English parish roots, nurtured by the first immigrant community it served, and to this day we cherish its rich heritage of music and liturgy.  The Anglican choral music tradition was reflected in the choir of men and boys which flourished for some fifty years.  Today, the parish has incorporated more recent immigrants from Africa and other parts of the globe who have added their own gifts to this increasingly exciting and diverse community.  St. Matthew's has shared the hopes and heartbreaks of its neighbors, and has been the center for inspiration, spiritual growth, faith and support for more than five generations.

St. Matthew's parish hall has served its community well over the years by providing space for after-school programs, twelve-step groups, ethnic congregations and other outreach programs as well as the parish Sunday school, youth group, church fairs and gatherings, meetings and activities, office and chapel.  Recently renovations and improvements have made the hall handicapped accessible and energy efficient.

Eight rectors have served St. Matthew's in its history, along with clergy assistants and interim clergy.  We are currently preparing to search for our ninth rector.

On May 26, 1994, at a celebration of the one hundredth anniversary of the laying of the church cornerstone, Bishop Robert S. Denig urged the congregation, as they went forward, to "bear this in mind: Your goal is not simply to endure, to carry on as those who have gone before you in this place have carried on for 100 years.  That is a truly noble accomplishment but that, alone, is not your goal.  Your goal must be to lose yourselves, to spend yourselves, to pour out yourselves for this part of the world God loves and Jesus died to save."

As St. Matthew's looks toward the future to which God calls us, its members continue as people of faith and hope, sharing the Good News of God's love with all who enter their doors.  St. Matthew's call to new mission for the twenty-first century is the call of our Lord:  "Go then, to all people everywhere and make them my disciples..."  Matthew 28:19.

drawn from A History of the Episcopal Diocese of Western Massachusetts, From the Blackstone to the Housatonic.

For a more detailed history of the church, copies of Forward Through the Ages: A History of St. Matthew's Episcopal Church 1871-1995 in the village of South Worcester, Massachusetts, written by parishioner Paula Rowse Buonomo, are available at the church office, the Worcester Public Library and the Library of the Worcester Historical Museum.    Highlights include:

Additional information is also available at the following website prepared by Holy Cross students:
History of St. Matthew's written by Holy Cross students
We join with Sacred Heart/St. Catherine of Sweden as our Covenant Parish. Both parishes are stronger together and share many fellowship opportunities, such as the annual Epiphany Dinner, Palm Sunday Neighborhood Walk of Stations of the Cross, and the Blessing of the Animals. 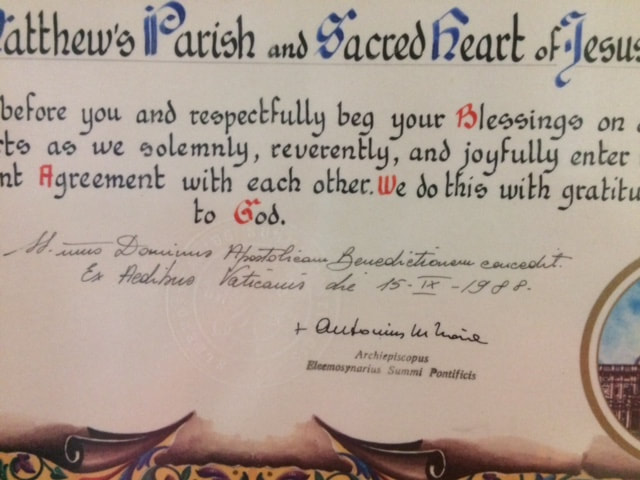 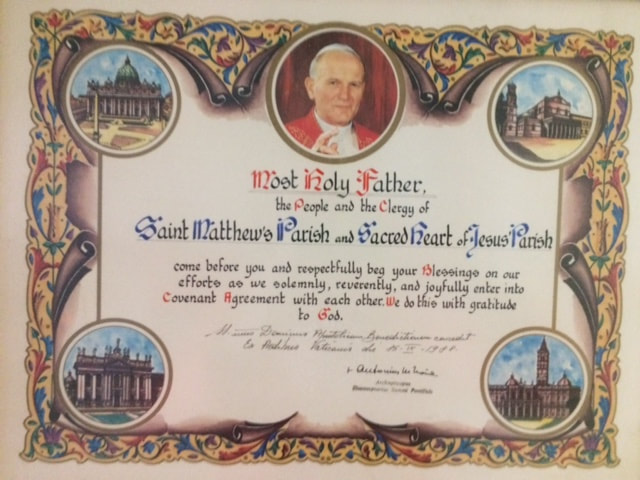 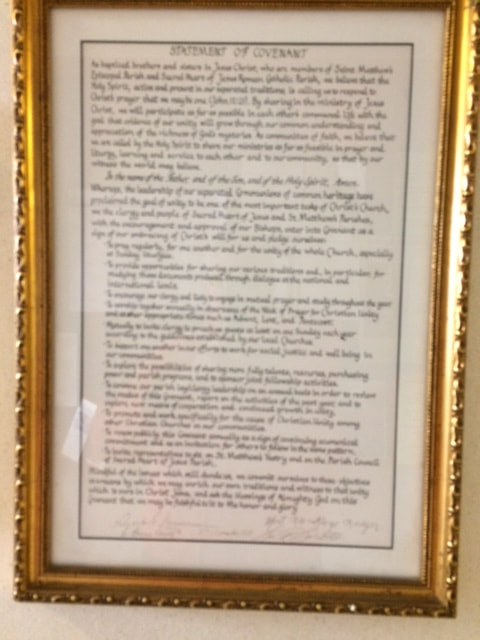 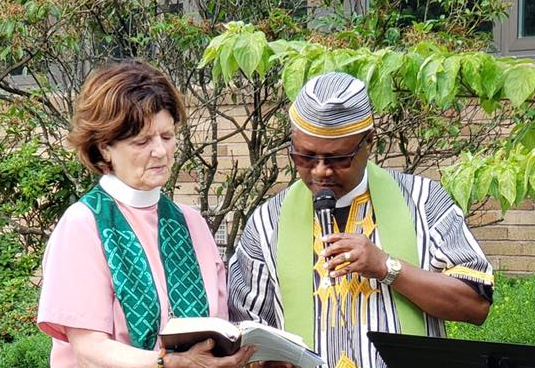 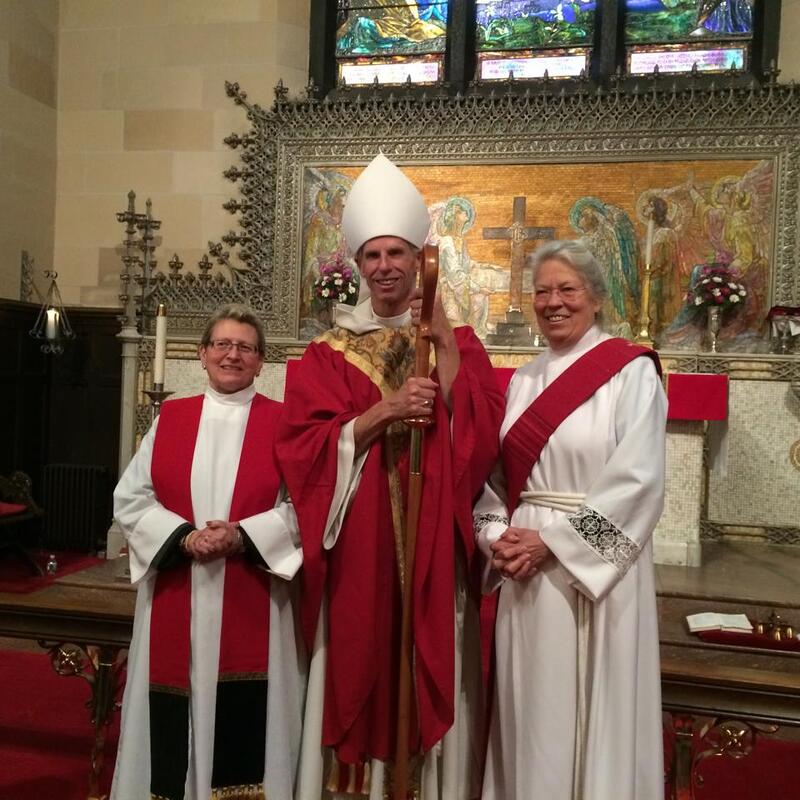 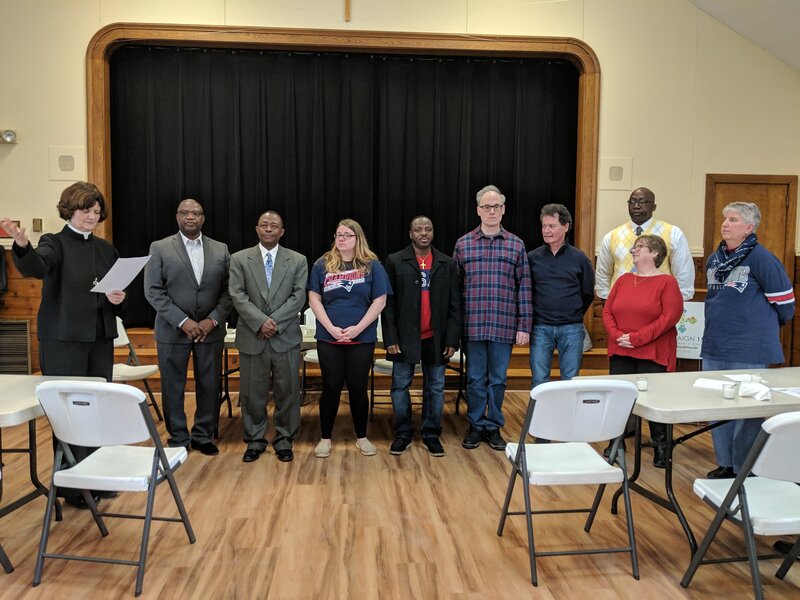 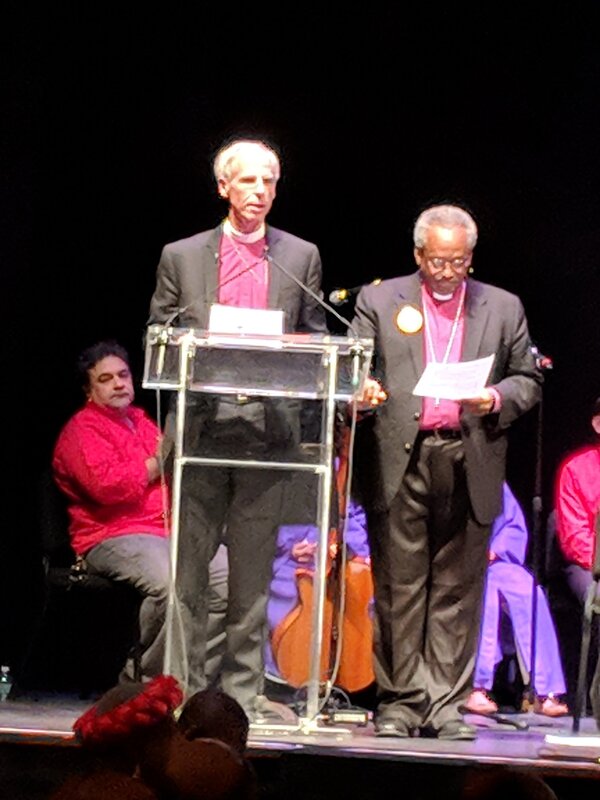 Direct us, O Lord, in all our doings with your most gracious favor, and further us with your continued help; that in all our works begun, continued, and ended in you, we may glorify your holy Name, and finally, by your mercy, obtain everlasting life; through Jesus Christ our Lord.  Amen.

"Dear Heavenly Father, Thank you for this time together and for the opportunity to serve You as members and leaders of this Christian community - the Parish of Saint Matthew’s in South Worcester, Massachusetts.
As we leave this place, we pray not only for strength, courage, wisdom, discipline and patience; but also insightfulness and the ability to discern where You are calling us to go and who You want us to be as a Parish and as Disciples of Christ.

Please continue Your blessing on us as we strive to grow in mission, service and education.  Amen”
written by Dennis Wilson, former Jr. Warden